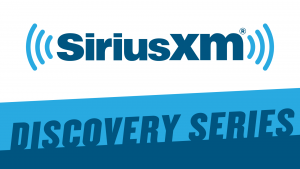 We’re teaming up with SiriusXM Canada to highlight 10 Canadian Country artists on the #Boots2018 lineup. Check back here to see the Artist of The Week, and to learn a little more about our fave Canadian Country superstars.

Born in Ottawa, Ontario, Kira Isabella was signed to Sony Music Canada in 2009 at the young age of 15. She released her first single “Love Me Like That” in 2011 which charted the Canadian Top 100 and has since released two full length albums and has 10 Canadian Country Top 50 singles. She has worked with artists like Carrie Underwood and Terri Clark and has performed at Boots & Hearts twice before in 2012 and 2013.

Kira released her newest single “Little Girl” in April of 2018, check it out here:

Maple Ridge, BC’s Natasha Zimbaro has been performing country music since the early-age of 13. With the 2017 release of her debut EP Natasha Zimbaro, the singer has gained a lot of attention; her song “Cardboard Box” has racked up over 300,000 streams. If you think you’ve heard her name before, it’s probably because she reached the Top 16 placement on the UK X-Factor in 2011 and later joined the Canadian pop group, PRTY H3RO. Natasha has since changed up her sound, going back to her country roots and is sticking with it!

A Canadian Country 5-piece band from Vancouver, British Columbia formed by Chris Buck at the age of 13 after the passing of his best friend to cancer. The band’s first single “Caribbean Dream” was released in 2013 prior to the self-releasing of their debut record, Buck Wild in Summer 2014. They currently have had four singles on the Canadian Country charts. In 2017 the band released the song “That’s When You Know” which features fellow Canadian country artist, and Boots performer, Kira Isabella which peaked at number 19 on the charts. In April of 2017, they released their sophomore self-titled album on Royalty Records.

Check out their new single “Spin On It” here.

Madeline Merlo is Canadian Country music singer-songwriter from Maple Ridge, British Columbia. After being discovered by writer/producer Dan Swinimer at age 17, Madeline was signed to Open Road Recordings in 2013 and released a self-titled EP in the following year. In 2015, Merlo made her on-screen debut in a musical film called Country Crush where she acted alongside another well known country music star, Jana Kramer. That same year she won the Rising Star award from the Canadian Country Music Association and in 2016 she won the Female Vocalist of the Year Award from the British Columbia Country Music Association. Merlo also released her first album called Free Soul in 2016 which produced 6 Canadian Country Charting singles!

Born in Spirit River, Alberta, Aaron Goodvin started his musical career at the early age of 12 when he entered into a local mall’s singing competition. The country singer hasn’t stopped since. Goodvin began writing songs at age 18 and soon after signed a publishing deal with Warner Chappell Music. While there, Aaron landed a huge opportunity when he contributed to the song “Out Like That” on Luke Bryan’s album Crash My Party. He quickly garnered a reputation for himself, with the likes of Johnny Reid supporting him, and broke into his solo career with the release of his debut single “Knock On Wood” which was a top 40 country radio hit. He also has two other top 10 hits, “Woman In Love” and “Lonely Drum” which is certified Gold.

Canadian Country music duo Petric, made up of brothers Jason and Tom Petric from Transcona, Winnipeg, formed in 2014 after the two brothers discovered they had amazing on-stage chemistry. They caught the eye of fellow Canadian Country artist Dallas Smith at the 2014 Canadian Country Music Awards and they were the first group signed to his new record label, Steelhead Music. During their time at Steelhead Music the Petric brother have released two EPs; It Girl in 2015 and 18 Ends in 2017. Many of their singles have cracked the Top 30 charts, with their title single “18 Ends” making it in to the Top 15 songs on both BDS and Mediabase country charts.

Check out “All She Wrote” here:

With roots in Arnprior, Ontario but currently hailing from Ottawa, this five-piece country band formed in 2013 and began playing shows in their city in 2014. The band, led by Chris Labelle along with Chris McComb, Jeremy Bortot, Jordan Potvin and Daniel DiGiacomo, were quickly signed to Open Road Recordings in 2015, sharing the roster with artists like Dean Brody and Tim Hicks. The band later dropped their debut single “A Little Bit Goes A Long Way”, landing them on the Artists To Watch list in 2016. Their second single “Cherry Bomb” continued to gain the group attention and the music video for the single has racked up over 3.3 Million views on YouTube! They released their debut album in June of 2017 and since then all of their single’s have charted on the Canadian Country Top 50.

They recently released their single “You Get To Me” in February of 2018. Listen to it here

With her mixture of Blues, Rock and Pop within her country music, Lindsay Ell of Calgary, Alberta has made her mark on the Canadian country scene. Lindsay was discovered at age 15 by the legendary Randy Bachman of The Guess Who and Bachman-Turner Overdrive. He described the Lindsay as “the most talented and multi-faceted artist [he’d] come across in many years”. She recorded her debut album Consider This in Bachman’s studio and it was released on his label Ranbach Music in 2006.

At the age of 21, Lindsay permanently moved to Nashville, Tennessee after years of travelling back and forth from Calgary to perform and write music. She was soon signed to the American label Stoney Creek Records. In 2017 Lindsay released her debut EP, Worth The Wait and later that year in August, released her third full-length record, The Project which reached number 1 on the US Indie Chart as well as number 4 on the US Country and number 40 on the US Billboard 200. The record also sold 14,600 copies in the US alone.

Most recently, Lindsay has released The Continuum Project which is a full remake of John Mayer’s 2006 album, Continuum. The recording process started out as homework, given to her by her producer Kristian Bush, but soon became its own release!

The Washboard Union are a Country/Bluegrass group hailing from Vancouver, British Columbia. Made up of step-brothers Aaron Grain and Chris Duncombe, along with their best friend David Roberts, the three-piece formed in 2010 after coincidentally all renting rooms in the same 1920’s Tudor-style Mansion in Vancouver. They began playing and writing songs together and eventually self-released their debut self-titled record in 2012. Following their co-signing to Slaight Music and Warner Music Canada, the group recorded and released their EP In My Bones in 2015.

All five of their single’s have charted on the Canadian Country Top 50 and in 2017 they released their newest single “Shine”. The trio has been nominated for over 20 various Canadian music awards since 2014 and continue to be one of the most talked about groups in Country. On April 20th of 2018 the band dropped their second full-length record entitled What We’re Made Of.

Check out their hit song “What We’re Made Of” here:

Originally from the small Ottawa-Valley city of Pembroke, Ontario, but currently located in Nashville, Tennessee, Jason Blaine was the 2002 winner of the CMT Project Discovery talent search and has since released 6 full length albums and has 7 Canadian Top 100 singles. His 2015 full-length record Country Side included the single “Dance With My Daughter” which recently hit over 1 million views on YouTube. His most recent release was the Boy With a Guitar EP in November of 2017, which features the hit single “Born To Love” that has reached over 600,000 streams.

Every year, Jason Blaine returns to his hometown of Pembroke for the Annual Celebrity Charity Golf Tournament and Concert, which raises money for several different local organizations, including the Boys and Girls Club of Pembroke. This year, among Jason, are performances by fellow Boots performers, Petric and River Town Saints!

Check out Jason’s latest single “Boy With a Guitar” here: