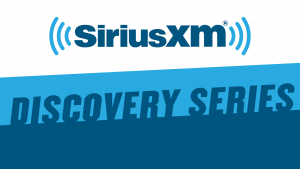 We’re back teaming up with SiriusXM Canada to highlight 8 Canadian Country artists on the #Boots2019 lineup. Check back here to see the Artist of The Week, and to learn a little more about our fave Canadian Country superstars.

Kris Barclay has been hard at work making a name for himself in the Canadian Country Scene. From Ajax, ON, Kris is a Junior “A” and University hockey player turned Country singer. In the past, he’s been direct support for artists such as Brett Kissel, The Road Hammers, Gord Bamford and will be opening up the Coors Banquet Kick-Off Party this Summer at Boots! His debut single “Loved You Like That” was released on May 1st this year – Check it out here:

Hailing from Niagara Falls, Tim Hicks has gone from first ever Boots and Hearts Emerging Artist Showcase Runner-Up to national household name. He recently celebrated his 4th JUNO Nomination for Country Album of the Year AND received 7 CMAO nominations this year, as well. We sure can’t wait to see him return home to the Boots and Hearts stage this Summer!  With four records, and 15 chart-topping singles under his belt, Hicks has been a rising star since 2013 and continues to grace country radio with his current single “What a Song Should Do”.

Check out the music video here:

Brothers John and James Abrams have been playing music together for as long as they can remember. Growing up in a musical family, The Abrams have made it well known that they are born for this. At only age 12 and 15 the two became the youngest Canadians ever to perform at the esteemed Grand Ole Opry in Nashville, Tennessee. Fast forward to 2016, where they released their major label debut EP via Warner Music Canada. This release lead to three CMAO nominations for Rising Star, Duo of the Year AND Roots Group of the Year, which they won!

This March, The Abrams released their single “Sounds Good To Me”. Check out the music video here:

Toronto-native, Owen Barney has been playing guitar since he was just seven years old. He’s been playing shows around the city since he was fourteen and has spent his most recent years honing in on his sound and skills as an up-and-coming country artist! Influenced by heavy-hitters such as Eric Church, Dean Brody and fellow Boots 2019 performer/headliner, Jason Aldean, Owen Barney has always wanted to play to crowds “that knows every word of his songs”. He’s hitting the stage this Summer at Boots and Hearts and we can’t wait.

Self-made singer/songwriter Eric Ethridge is a Doctor turned Country artist who has been melting hearts since the release of his debut self-titled EP in 2018. The EP, which included his breakthrough single “If You Met Me First” rose quickly to reach the Number One spot on the Canadian iTunes Chart and was streamed over 3 Million times in the first 6 weeks without any promotion! Eric held the coveted spot of Emerging Artist Showcase Runner-Up and will be heading back to the Boots and Hearts stage this August, we’re so excited to welcome him home!

You can check out the music video for Eric’s debut hit single “If You Met Me First” here:

While growing up on her family’s working ranch near Medicine Hat, Alberta, Nashville-based MacKenzie Porter fell in love with country radio and at age four she began studying classical piano, violin and voice. Following the star’s move to Vancouver in her late-teens she developed a love for songwriting and recorded her debut self-titled album which she released in 2013. Over the following years she received several award nominations including a 2015 JUNO for Country Album of the Year and the CCMA Award for Female Artist of the Year three years running. MacKenzie shows no signs of slowing down in 2019 and she’ll be hitting the stage at Boots this August!

Check out MacKenzie’s number 1 hit song “About You” now!

Vancouver-based singer/songwriter Shawn Austin has found his place in the Canadian Country landscape following the release of his debut single “Paradise Found”, which garnered him a position in the Top 10 most played Canadian Country Artists on radio. This success lead to his nightly appearance as a surprise guest on fellow Canadian country star Dallas Smith’s “Side Effects Tour” as well as spots touring with both Chris Lane and the duo High Valley in 2018. With his magnetic vocals and overall laid-back vibe, we can’t wait to see Shawn hit the stage at his first-ever Boots and Hearts appearance this August.

Shawn released his newest single, “What Do I Know” earlier this year. Be sure to listen to it here:

Born and raised in the prairie town of Weyburn, Saskatchewan, Tenille Arts has been working her way up the ladder of the Country Music scene since her songwriting skills earned her a publishing deal in Nashville in 2015. Her debut EP in 2016 peaked at #1 on the iTunes Canada Country Album Charts AND cracked the Top 100 in the US, but the acclaim doesn’t stop there for Tenille. Her video for her track “Cold Feet” reached #1 on the CMT 12 Pack Countdown and her first full-length album “Rebel Child” debuted at #2 in Canada and reached #17 in the US. With international appeal Tenille has spent the past year touring the US, opening for Reba McEntire, Scotty McCreery, and Maddie & Tae as well as joined Canadian Country Superstar Dean Brody on his tour across Canada in the Fall.

Tenille recently released her new single “Call You Names” in April of 2019 – Check it out here: